Home » When you have passion, nothing comes in your way!

When you have passion, nothing comes in your way! 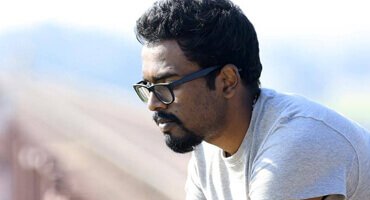 “deAsra’s presence made Rishikesh’s leap into business expansion much easier. In his own words – “Expanding is a challenging task which involves a lot of risks. To reduce this risk, deAsra has been like a safe landing pad!”

A career in Engineering

The son of primary school teachers, from the small town of Lonavala, near Pune, Rishikesh was always full of ideas and viewed ordinary things in a different way. He scored an A grade in his drawing exams, both at the Elementary and Intermediate levels and was interested in creative art. When it was decision time,he found that career choices available were mostly limited and a career in commercial art or design was not highly encouraged.Going with the conventional approach he decided to pursue engineering not knowing that the tables would soon turn and bring him closer to his passion.

Rishikesh graduated as an Engineer and soon began his work with an organization. In a short while, his innovative ideas and problem solving skills caught the eye of his seniors. It was also around this time, that he came to the decision that he must explore his potential for creative design. Following the advice of his professor and mentor, Rishikesh took his first step towards converting his pipe dream to reality. He completed a Master’s Programme in Industrial Design from the Loughborough University in U.K. In addition to doing well, he left his mark when he participated in an International Design Competition.

With some enriching job experience under his belt, Rishikesh came back to India, but continued doing assignments for his employer in England. However, the young designer was brimming with ideas, had a burning desire to set up his own design studio and in 2012, he established his own company. Most of his business was based on pure designing. It was becoming difficult to get the appropriate clientele who were looking for innovative product designs . Bagging a project from the Karnataka Government, proved to be the turning point for Rishikesh –It involved conceptualizing and designing a large metal signage at the Alamatti dam (Bijapur) which has now been renamed as Lal bahadur shastri sagar dam. This project not only catapulted him to a whole new level, but it got him a mention in the Limca Book of Records, for designing the biggest metal signage of India.

His next dream was to design and produce a product under his own banner. This would require larger premises and infrastructure, not to mention a qualified team. It was while he was contemplating how to go about getting all this in place, that he heard about deAsra and decided to approach them for help.

He had heard Dr. Anand Deshpande’s speech in college and was inspired by his thoughts on entrepreneurship. Needless to say, he was delighted to discover that deAsra was an initiative of Dr. Anand Deshpande. The deAsra team helped him not only in preparing a viable Project Report and procuring the required finance but also helped him with the legal aspects of his business. deAsra’s presence made Rishikesh’s leap into business expansion much easier. In his own words – “Expanding is a challenging task which involves a lot of risks. To reduce this risk , deAsra has been like a safe landing pad!.”

The future is definitely bright

Eventually, Rishikesh moved his designing business to a bigger premise in Pune which was more suited for studio prototyping and innovation. Due to his undying love for all the activities present when designing, he has managed to create unique designs by exploring various physical textures and different materials. His products are coveted by connoisseurs as well as organizational clients like hotels and offices.

From multiple sales jobs to being an entrepreneur, here’s the journey of a hard worker.

One Stitch at a Time: Sunita Malage’s Success Story